Last year, on Bree’s anniversary, I was joined by a couple of dear friends and I did something very different. We went out to a number of cocktail bars in Melbourne, and with photos of our beautiful children sitting framed on the table in each place, we all shared a few stories about our children that we hadn’t told anyone else before. One story I shared was how Bree was conceived. Now, before you start thinking this is going to be an x-rated article, I’m going to disappoint your sudden interest. I’m not sharing it here, (my son might read this!)

The main reason I created this site and even making the decision to do the Camino, was that sharing stories about Bree last year made me want to share more of her. I wanted other people to get to know the real life version that I loved. The problem is, the process of actually pulling the words out of my head and putting it here has been overwhelming. If you have ever tried journal therapy (yes, it is a thing, look it up like I just did), you will understand how emotional it actually is. So emotional, that I reverted back to my fail safe of avoiding it, and then feeling the clawing guilt I was letting Bree down.

I voiced this with someone recently, and they had a very wise bit of advice, which was to break down what I wanted to say into dot points and then break it down further into time periods to lessen the anxiety of sharing everything such as 0-6mths. I thought I would cheat a little on this and try an even easier option and start with the story of being pregnant with Bree.

Yes, as the heading suggests, I was 21 when the peeing on the stick confirmed I was pregnant. I know, back in the day, most women had children at this age, but when I was pregnant, it was becoming less a thing. Nowadays, it is even less so. My son is 19 this year. I can’t even imagine him coming home and telling me he was having a child at 21. We still have to do the emergency drop offs when he has forgotten something he needs and remind him constantly to finish tasks!

I would love to say that I was in a great relationship, married and had it all together, but not the case. I was in an on again/off again relationship and at the time of discovering I was pregnant, it was an off-again time and I had just moved in with a family to be a live-in nanny. The incredible woman of this household took the news in her stride though and simply said, we’ll work it out. And I did.

So, this is what I remember of being pregnant with Bree.

It was a tough time. I was managing a patisserie bakery during the day and looking after a miniature Howard Hughes and a miniature Mussolini in the evening, all while feeling violently ill. The former reference is more for his OCD tendencies than anything else and no explanation is needed for the latter! (I will say, these two have grown into extraordinary young men that I am blessed to call family, though still with their unique characteristics.)

Do you know what the best thing about a bakery is? The smell of all those delicious delights when you first walk in . Wanna guess the worst thing about a bakery when you’re pregnant? Whenever I try to recall that time, all that keeps popping into my head is talking to customers, going numb and then bolting out the door in a rush to make it to the toilet. When I would return, the poor customer would still be standing there, patiently waiting for me. (It was an award-winning bakery, so no one ever left without taking away the goodies, no matter what the circumstances.)

Foods that I loved, no longer became something I could stomach. The mere texture of broccoli on my tongue would cause my stomach to heave. I can hear most people thinking that about broccoli anyway, but I love my veggies. Except cauliflower. That stuff is just nasty.  What I found though, in moments where I could eat, all I wanted was a KFC Zinger burger. I would leave the house at 10 o’clock at night, just to get my hands on that burger. There is simply no explanation for that craving.

Despite the weird craving, I wasn’t gaining any weight due to the excessive illness, so the midwives were making noises about me being admitted into hospital for bed rest and sustenance. Fortunately for me, not long after the six month period ticked over, the “morning” sickness suddenly stopped and was replaced with full blown pregnancy glow. I’m not talking a mere shine, I am talking nuclear reactor type glow. 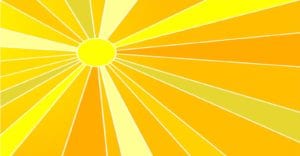 My hair was thick and glossy (has never been again, even when pregnant with Riley), my skin was smooth and I’m sure if I had any photos from that time, I would be surrounded by a halo of light. It was surreal. Complete strangers would stop me in the street and comment on how much I was glowing. My youngest brother was partnering a girl for the Debutante Ball that year, so I flew down to Melbourne to surprise him on the night. I looked amazing! I wore a gorgeous, navy silk dress that artfully showed my baby bump and it floated around me. I had no need for make-up and I practically vibrated with vitality.

One thing I really struggled with, was how young I looked and the fact I wasn’t married. I was 21, but looked 14. I once got into the movies on a child ticket, whilst being pregnant with Bree! I was bothered by what other people were thinking of me and yes, I guess thinking they were judging me. When I started having to shop for maternity or baby items, I bought a special ring and wore it on my wedding finger to make it look like I was married. It is amazing the effect other people can have on you if your own self-worth isn’t strong.

Around 8 months pregnant, my body had well and truly caught up with the pregnancy. December in Sydney is hot and I was feeling it. Internally, Bree was all about seeing what limb she could put where, so it wasn’t unusual to be trying to force a foot out from my side. She was active, noticeably so. I remember lying on the couch one afternoon reading a book that was resting on my stomach. I kept losing my place and I couldn’t work out why until I stopped reading and just watched the book. As it rested there, I saw it physically roll like a wave crashing from right to left. I gave up reading the book and spent the next hour in fascination watching my stomach, wondering what kind of alien was potentially in there.

It was around this same time that Braxton Hicks contractions started. I would be left clutching whatever was nearby and doubled over in pain. The nurses “kindly” told me it was nothing every time I went to the hospital convinced I was in labour. I wanted to cause them the same physical pain I was being inflicted by the monster inside me for their apparent lack of sympathy. Little did I know that less than a week later, they would be the real deal.

But that…. is a story for another day. 😀

When a new post is made you will receive an email to let you know.

Hiking down at Wilson's Prom. Perfect way to spend

Hiking with Riles for Mother's Day made me feel co

My first hike where I felt like an actual hiker...

When art truly takes your breath away